Mark Weitzman is a voice over talent and writer. He is a former radio on-air personality and radio news writer and broadcaster. He’s lived in Japan since 1993.

Mark has worked at radio stations all over the Rocky Mountain West (and also Omaha and Austin.) His radio show from Denver in the early 1990s was broadcast by satellite and carried by over 60 radio stations in the US.

When not on-the-air in Denver, Mark was a volunteer at the University of Colorado in Boulder, helping students from abroad practice English. He soon had many Japanese friends and became knowledgeable about Japan.

In 1993 a radio program production company in Tokyo invited Mark to host a morning radio show in Sapporo, Japan (with a Japanese bilingual co-host.) Mark moved to Tokyo. But then the Sapporo radio station canceled the program idea, so Mark began performing voiceovers by day and teaching English by night at Berlitz in Tokyo. In 2006 he became a full-time freelance voice over artist and performs voice over at studios in Tokyo or from his home studio, for projects to be broadcast or distributed locally, regionally or worldwide.

Mark is also a cartoonist and in the 1980s and early 1990s his cartoons were syndicated by Tribune Media Services’ College Press Service to hundreds of colleges and university newspapers in the US. In Japan, Mark has drawn Japan-themed cartoons and one of his cartoons was published in Pado, a community newspaper in Tokyo.

Mark’s LetsJapan blog was established in 2008. He has written hundreds of articles about Japan and has been published at Digital Journal and Digital World Tokyo. Mark has been a ghostwriter for other websites about Japan.

Mark resides in the west side of Tokyo, and he is active in his neighborhood: crows and blaring loudspeakers on junk collector trucks are some of his protest targets.

Learn about Mark Weitzman’s Japanese voice over services at www.japanesevoiceover.jp. Read hundreds of articles written by Mark on LetsJapan, his blog about Japan.

Voiceovers are recorded by production companies and produced at studios in Tokyo. Voice over is also recorded in Mark’s in-home voice booth.

info@letsnarrate.jp
The time now in Japan is: 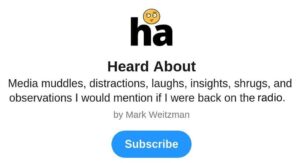